Candice M. Hughes, award-winning poet and essayist, is former Poetry Editor for the MHC literary journal. She has authored a wide variety of creative and nonfiction works. Her debut technothriller was Death on a Thin Horse. Her newest novel is Dead Evil, a paranormal thriller with an intriguing romance, from which an excerpt appears below. She is published in The Allegheny Review, The Lyon Review, and Pegasus among others. She is a recipient of the Ida F. Snell Poetry Prize and a Pen Works Honorable Mention for Creative Nonfiction. Other books include the Small Business Rocket Fuel nonfiction series. Candice is founder of a health game company developing games for teens with ADHD, a biotech consultant and professional medical writer. She holds a PhD in Anatomy and Neurobiology and an MBA in general business management with a focus on strategy and technology innovation. 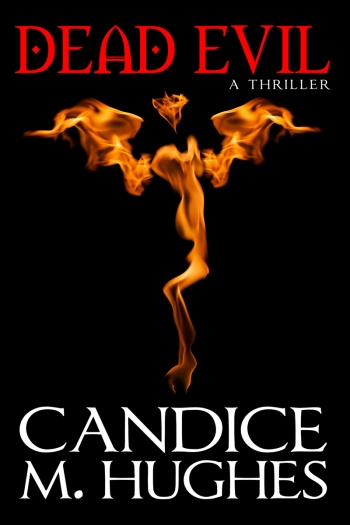 Thickening smoke and ash cut visibility from twilight to moonless black night as sure as a Nor’easter rolling in from the Atlantic. Detective Gabe Bennett’s radio crackled a three alarm-fire alert a quarter mile from his location. He knew the place well. It was eight houses down from his own. He edged his Ford pick-up truck to the curb as a Ferrara tanker ripped past, racing to his neighbor Rebecca Howland’s flame-ravaged colonial. His boss’ phone was sure to light up what with Rebecca being one of Plymouth, Massachusetts’ last blue bloods, Mayflower pedigree and America’s royalty.

He pulled back onto the road, navigating through the chaos of flashing lights, cruisers and tankers. He’d left work hoping for an early night, but work had found him after all.

END_OF_DOCUMENT_TOKEN_TO_BE_REPLACED

Jennifer Bresnick ’07 is the author of the sci fi/fantasy novel The Last Death of Tev Chrisini, which which was named the 2012 GRAND PRIZE WINNER for Best Self-Published Book (all genres) by Shelf Unbound Magazine. Born and raised on Long Island, NY, she now resides in the Boston area, fervently avoiding all discussions about professional sports.When she isn’t writing down the conversations in her head to give them an appearance of respectability, Jen enjoys crocheting silly animal hats, being creative in the kitchen, and on a completely unrelated note, putting out kitchen fires. For more, visit http://jenniferbresnick.com

After close to seven hundred years, most of the participants were finding it hard to keep up.  The great empire of Zanuth-Karun had fallen, Umre and Agan were no more; Gidan had long since claimed neutrality, roundly denounced as a cop-out by all sides.

Untold thousands of kings, generals, and heroes had gained the dubious immortality that comes from being killed in interesting ways.  The original grievances were all but forgotten, wearing down the fervent patriotism of centuries ago into a comfortable, familiar antagonism: a predetermined set of countries to be steadily and continuously despised.

END_OF_DOCUMENT_TOKEN_TO_BE_REPLACED

Candice M Hughes ’86 shares an excerpt of her debut techno-thriller Death on a Thin Horse (2012, Harcan Court Publishing).  The author of a wide variety of creative and nonfiction works, she is also an accomplished poet and essayist. Candice is published in The Allegheny Review, The Lyon Review, and Pegasus (as the Mount Holyoke literary journal was previously titled) among others. She is a recipient of the Ida F. Snell Poetry Prize and a Pen Works Honorable Mention for Creative Nonfiction. Candice is also biotech consultant and professional medical writer. She holds a PhD in Anatomy and Neurobiology and an MBA in general business management with a focus on strategy and innovation, and in this capacity is the author of the Small Business Rocket Fuel series. Her current passion is technology commercialization..

Meara Flannagan reached out to touch what was now hers. Under her fingertips, the thin golden strands of the Gates Heli, encircling each other like embracing arms, were ice-cold. Light-headed, the murmur of the crowd passed through the stage curtain and washed over her. Other scientists would do anything to own this statuette. Some would even kill. To get it, she had killed only herself. With every midnight DNA sequencing run and every 3:00 AM cell feeding, she’d clawed her way to becoming the bio-innovator “It” girl. She deserved her place on this stage. No one was going to take this away from her.

Every scientist on the planet dreamed of winning this award. She ran her fingertip over the letters of her name as the announcer in front of the curtain read them off, “Meara Flannagan, LifeCorp, 2040”. Meara caressed the length of the golden strands. She poured out her blood and soul to buy bits of knowledge that would cure people she couldn’t name. Her team had been there supporting her. But, she was the one who’d paid the price. She wouldn’t ask anyone else to make the sacrifices she had. Not to give up everything and everyone. To stand here alone.

he thud of a door closing in the small room backstage disrupted her reverie. Meara’s hand clamped tighter around the statuette. In the dim light, the pale face of her colleague, Vadim Ivanovitch glowed. He moved forward soundlessly, like a panther stalking. Meara stood her ground arms loose at her sides.

He was so close she could smell his sweat mixed with a sharp chemical odor.